The Jersey Breed in Italy

Comparing Jersey with Holsteins and Normandies in France

And if ? What if we dream of the agriculture of the future?

The bet was launched in 2016, and in 2018 the experimental farm of Bel Orient, located in Rohan in Center Brittany, is in full activity!

Research is fundamental to the on-going improvement of the breed, dairy farm management, and the use and marketing of Jersey milk. The Bureau is ideally placed to facilitate the exchange of knowledge around the world.

In 2014 the decision was taken to set-up a Scientific Advisory Committee under the leadership of Dr Duane Norman. Dr Norman is a recipient of the Distinguished Achievement Award for his lifelong work in the US genetics arena.

Dr Norman will be assisted by a number of other researchers from around the world. Their brief is to monitor and review research projects in their countries, and through membership of organisations, such as ICAR. 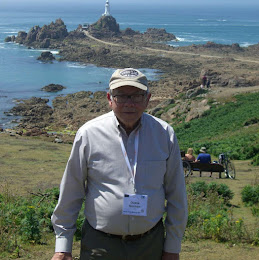 Dr Duane Norman on a Visit to Jersey Island

Listed below is an inventory of projects supported by the American Jersey Cattle Association in recent years. This provides a flavour of the breadth and depth of topics which Jersey breeders wish to understand, and implement the findings in order to improve the performance and financial prosperity of their enterprises.

Dennis Savaiano (Purdue University), Comparing the digestion of milk with different beta-casein protein content in lactose maldigesters, to evaluate the lactose digestion from and tolerance to milks containing different levels of A2 β-casein.

Victor Cabrera, Peter Vadas, and Kristan Reed (University of Wisconsin-Madison), Updating Jersey and Holstein lactation curves for use in whole farm systems model to assess efficiency of the Jersey breed for milk production.

Luciano S. Caixeta (University of Minnesota), Use of a bovine non-specific immune stimulant on health and performance of Jersey calves during the pre-weaning period.

Heifer rearing is a major expense for the US dairy industry that accounts for 15 to 20% of the total cost of producing milk.

Selecting for an optimal age at first calving (AFC) in US dairy cattle could reduce costs while still providing animals with high lifetime yields.

Information given when cows complete lactations or are removed from the herds place the animals into 4 destination codes (DC): remained in herd, sold for dairy, sold for slaughter/salvage, or died.

Those removed from the herd are given more descriptive codes. The frequencies of the codes are provided annually to summarize reasons for voluntary and involuntary culling as they have considerable economic impact on producers. Rate and reason for culling also provide beneficial information for economic studies on dairy management.

For cows that “remained in the herd”, a code indicates whether their lactations ended as planned or unexpectedly as a result of an abortion.

For those cows “sold for slaughter or salvage”, there are 8 more choices to provide specific information about why they left the herd.

Historical studies of survival of U.S. dairy cattle have been reported by Nieuwhof et al. (1989) and Hare et al. (2006). Those studies grouped cows by calving year and tracked them until they left the herd.

That method provided comprehensive information, but unfortunately some of the results were quite dated from waiting until all animals in the original group had left the herd.

An alternative approach (used here) provides more current information by summarizing reasons cows left the herds last year. This report is based on lactations with completion dates between January 1 and December 31, 2013. Results using this method are impacted considerably by annual fluctuations in milk and feed prices.

Selected summaries are provided by parity and breed (including crossbreds). Crossbreds were categorized into 2 groups depending on the extent of heterosis.

The CB50 group was predominately backcross offspring from an F1 dam and a sire from 1 of the F1 parent breeds.